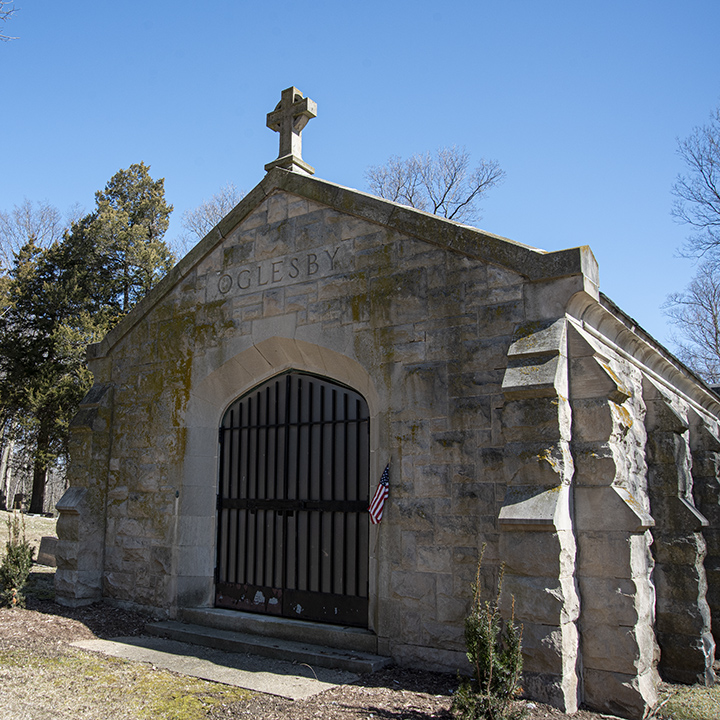 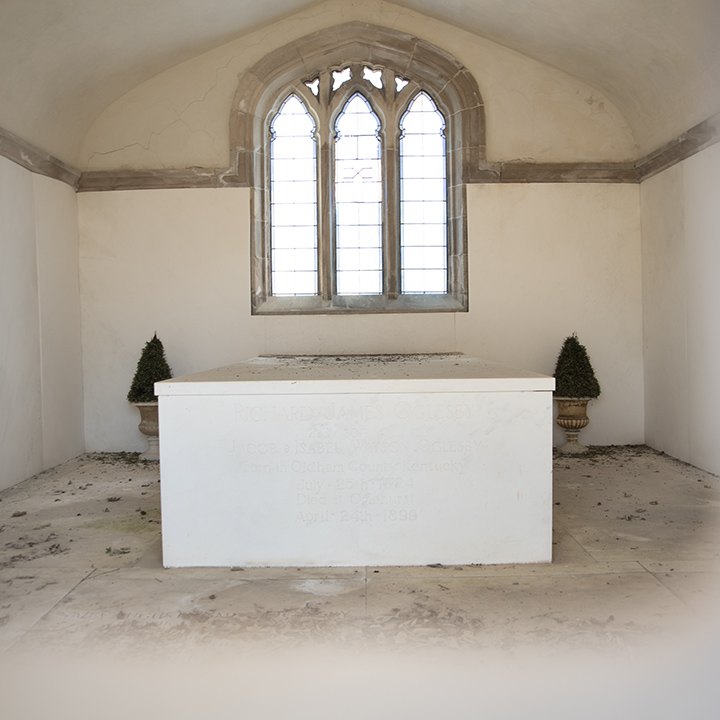 Richard J. Oglesby  was a friend of President Lincoln, a Major-General in the Civil War, a U.S. Senator, and a three-time Governor of Illinois. He served three non-consecutive terms in office from 1865 to 1869, for ten days in 1873, and from 1885 to 1889. He died on April 24, 1899 and was laid to rest in a mausoleum in Elkhart Cemetery.  Governor Oglesby's funeral procession included Abraham Lincoln's son, Robert, as they walked across the Gillett Memorial Bridge  to the Cemetery. Stop by the entrance to the Cemetery to learn more about Richard Oglesby.