The Old Union Cemetery and Holy Cross Cemeteries hold a great deal of history with the earliest graves dating back to the late 1830s/ early 1840s.

Old Union Cemetery is shaded by large White Oak trees that are around 200-300 years old. Notable author, William Maxwell,  grew up in Lincoln and wrote about Union Cemetery:  "Situated in a grove of oak trees on a bluff looking out over the rich farmland--a serene and timeless frame for lives concluded and beyond grieving over" (Ancestors 1971, p. 208). Some notable graves and buildings to see are:

Also, an old stretch of the original Route 4 (Old Route 66) still exists on Cobblestone Ave. Part of it can is only accessible via foot. At the dead end road, in the forest, there is an old bridge from the original Route 66 that is often referred to as Ghost Bridge today.

Diagrammatic Map of Lincoln Memorial Park, Cemeteries, & and Nearby Sites (From http://findinglincolnillinois.com/lincolnmemparkandcem.html) 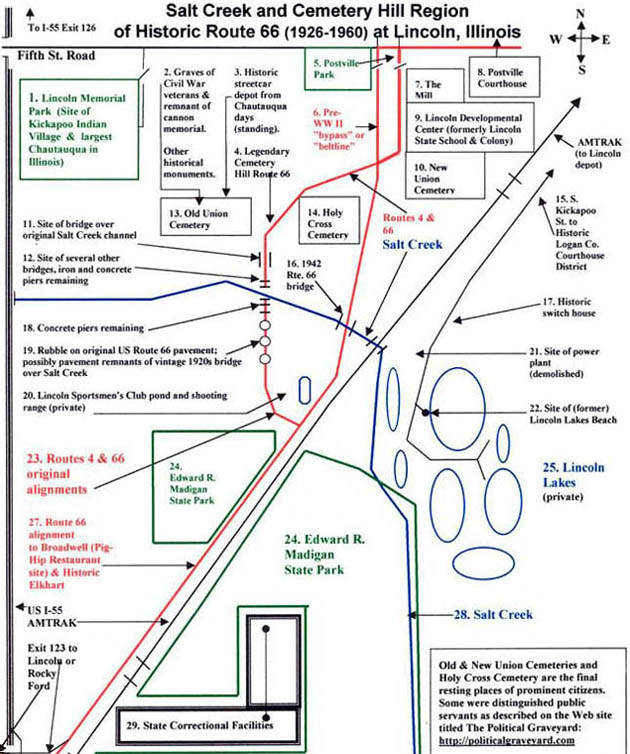