The Niebuhr family, a well know family of Theologians, were residents of Lincoln. Four of them were distinquished professors of Christian Studies.

Reinhold Niebuhr  was the author of the Serenity Prayer.  A prayer often used by military and recovery programs, such as AA. He also "appeared on the cover of Time magazine and received the Presidential Medal of Freedom."

H. Richard Niebuhr, "an authority on theological eithics and church histoy" was a professor at Yale for 31 years and his son, Richard R. Niebuhr taught theology at Harvard.

For more information on this Marker visit HERE 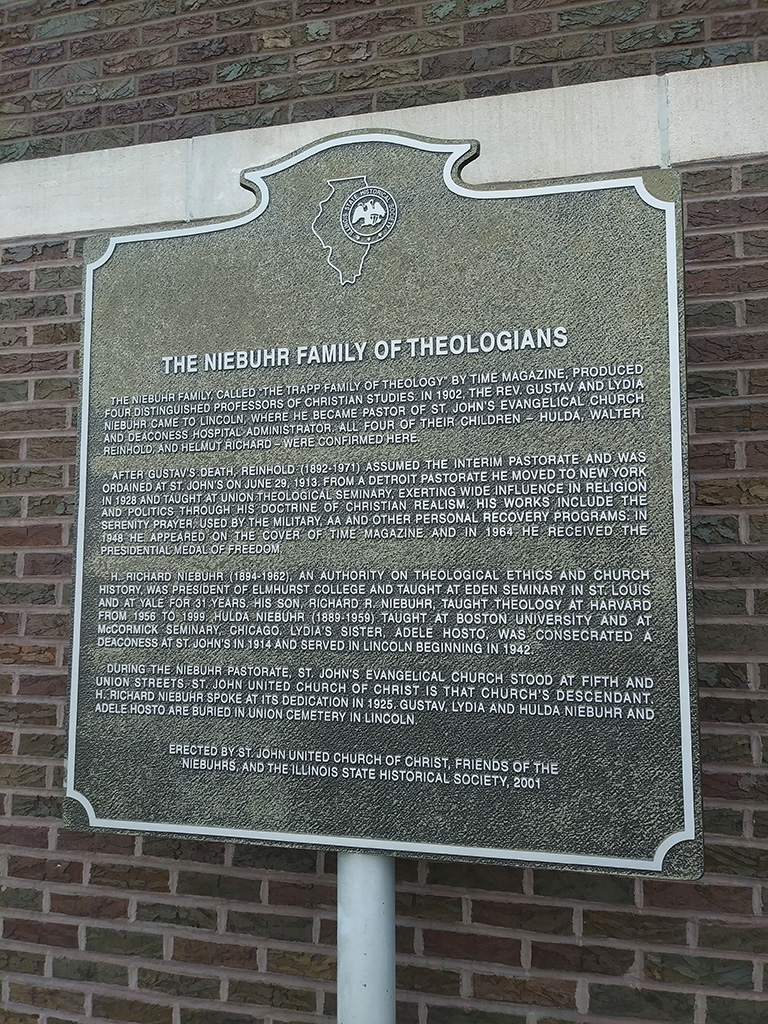