Six interpretive panels were erected on this location to commemorate the important events related to the train history and Abraham Lincoln in Lincoln. Four of the panels have replica drawings by Lloyd Ostendorf, depicting some events with Abraham Lincoln.

It was the center of Lincoln's social and commercial activities. Pictured is the original Lincoln House, a hotel built in 1875. See also Lincoln House (Hotel) Historical Marker. 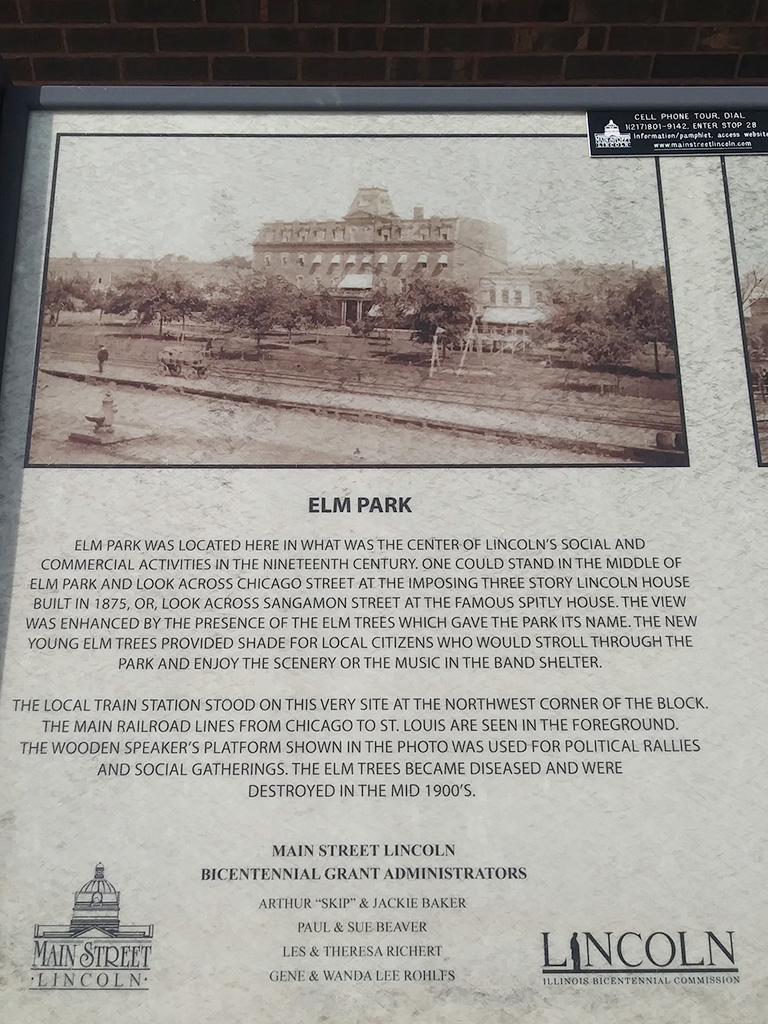 Pictured is the first depot in Lincoln, built in 1853. Abraham Lincoln and Stephen Douglas stopped at this station numerous times on during the Lincoln-Douglas Senatorial Debates in 1858. It was replaced in 1911 with the existing, renovated Train Station/Logan County Visitor Center. 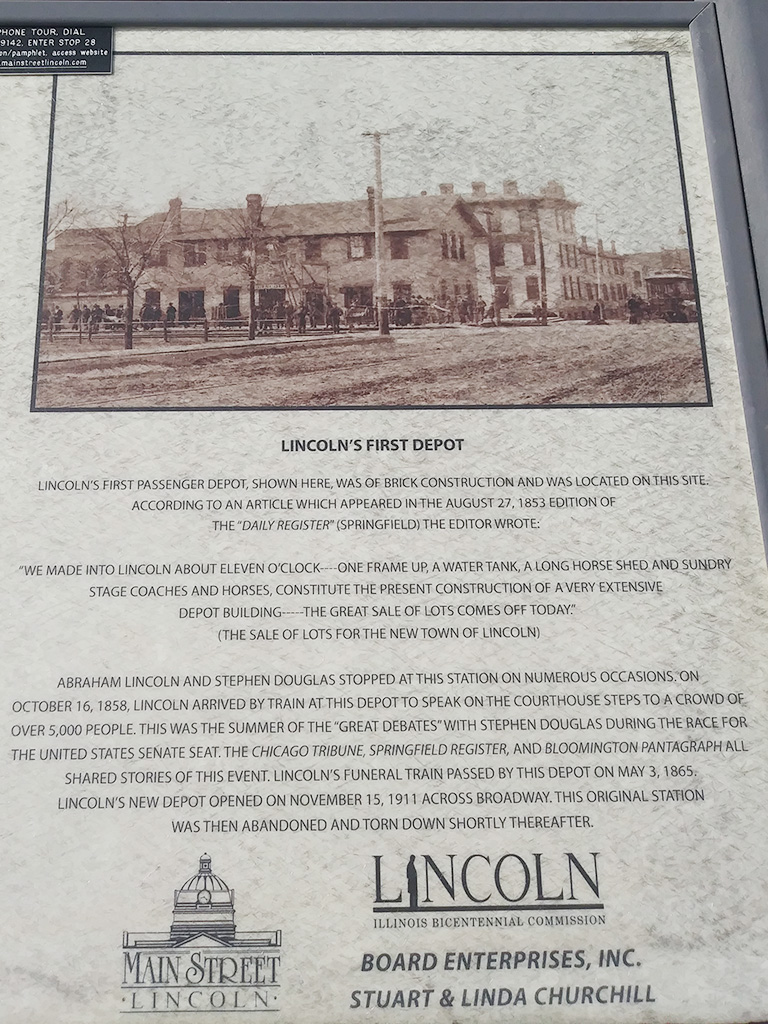 Leonary Volk was a sculptor that made a life mask of Abraham Lincoln in 1860. History tells us that they first met at the Lincoln House to agree upon the making of these renowned castings. See also the Lincoln House (Hotel) Historical Marker 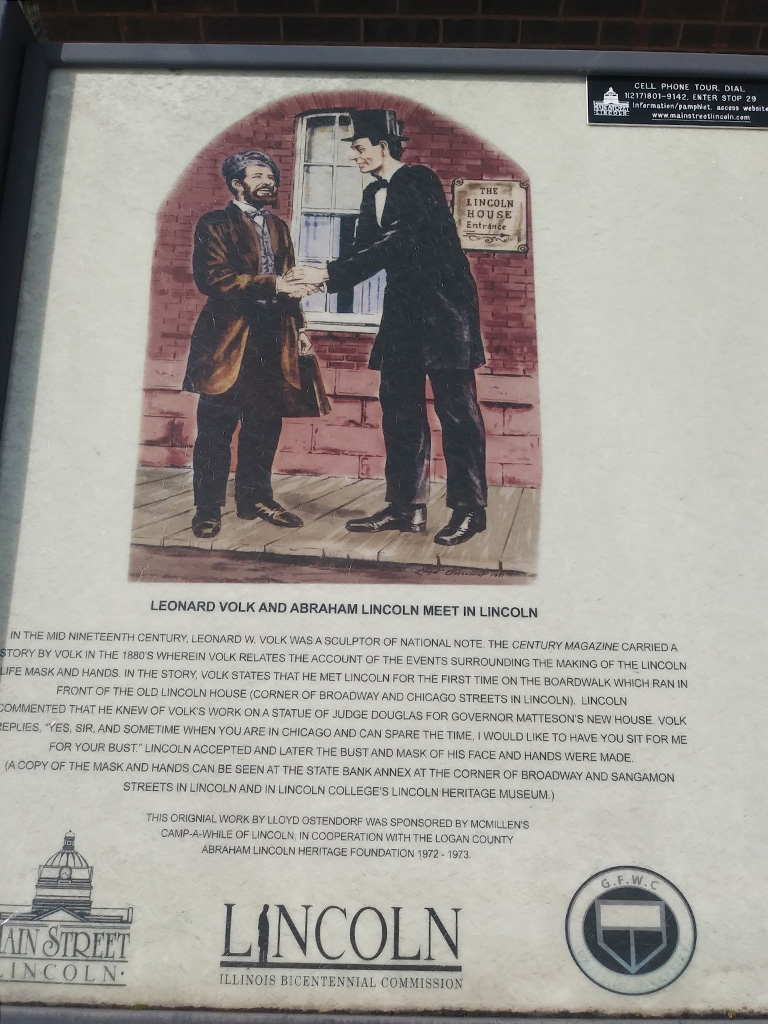 This was the location of a short address of kindness and appreciation that president-elect, Abraham Lincoln, made to the people of Logan County in 1860. 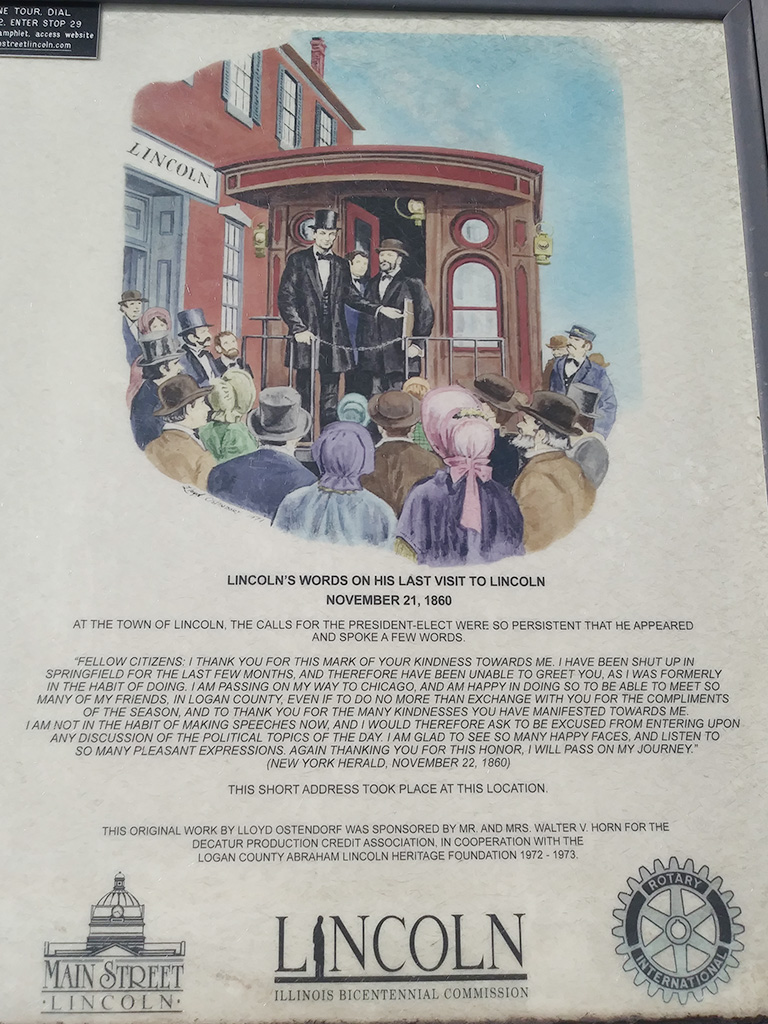 On May 3, 1865, the funeral train passed through Logan County. Lincoln's many friends paid their last respects. This was "Lincoln's last trip to the the County he had helped create and to the town named for him and to the college named in his honor". 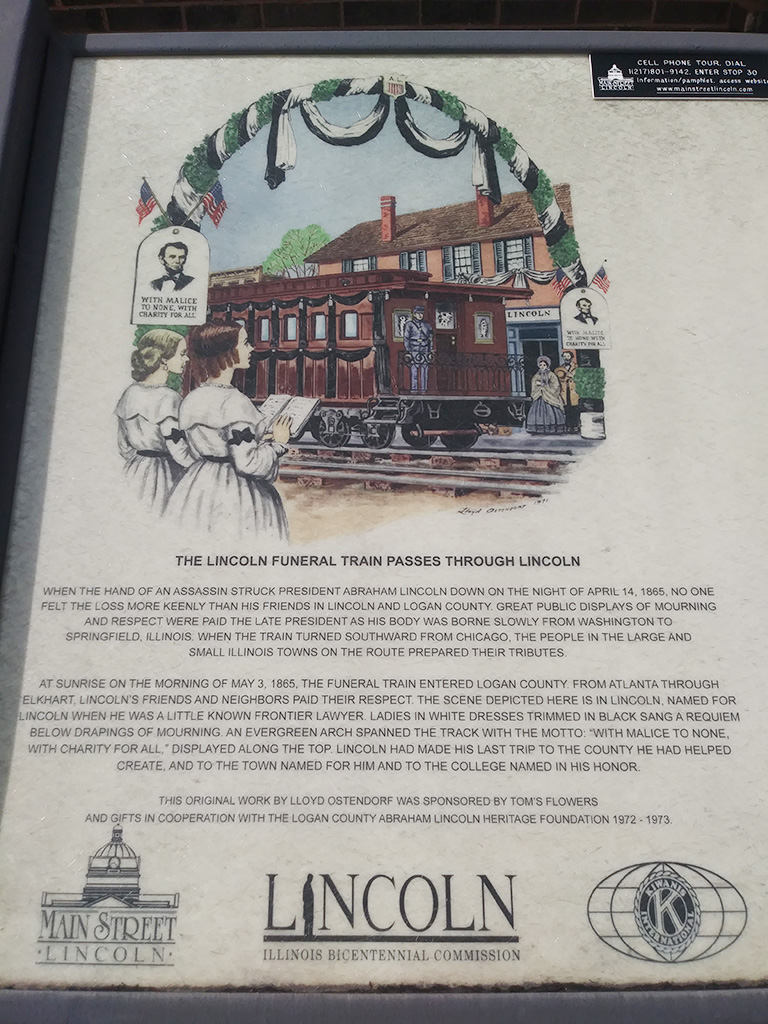 Summer of the Great Debates- Lincoln and Douglas in Lincoln

During the Sumer of 1858, there were multiple famous debates with Lincoln and Douglas. One was a large Douglas rally held in Lincoln at the current site of Carroll Catholic School. See also Stephen Douglas Speech Historical Marker. 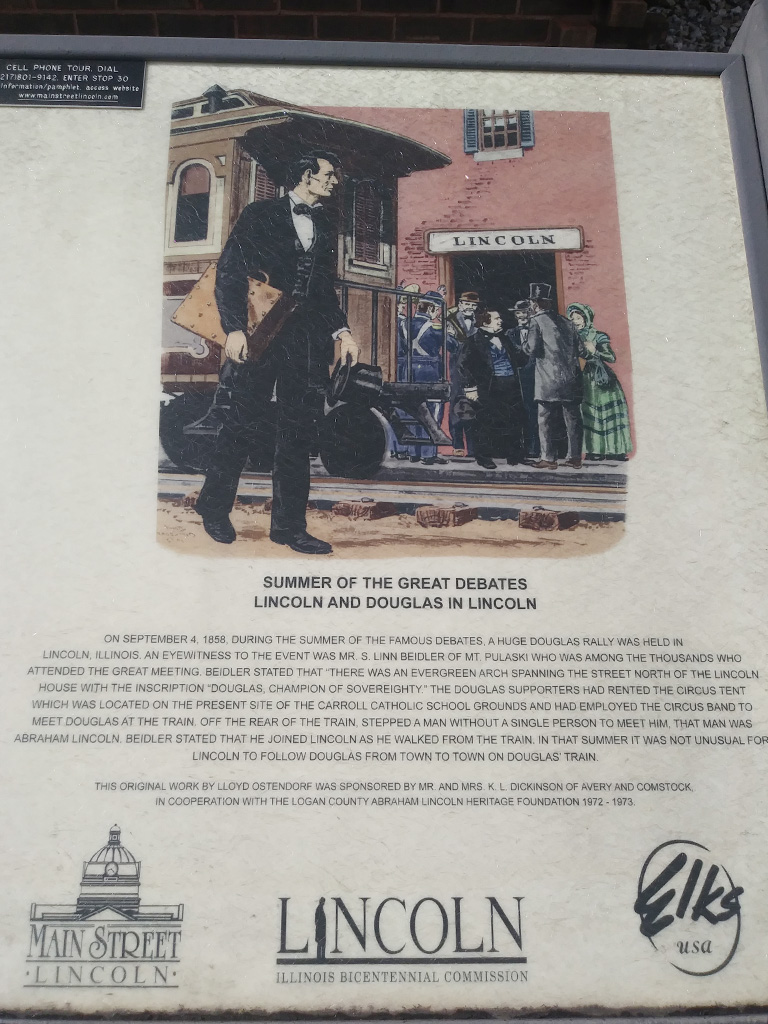