This was the site of the original Lincoln House (Hotel), built in 1854 by the founders of the City of Lincoln (John D. Gillett, Virgil Hickox, and Robert B. Latham). The original hotel was later destroyed by a fire in 1870 but was re-built in 1875 by John Gillett.

Abraham Lincoln, along with other prominent people, often stayed in this hotel and it was in this location where Lincoln met renowned sculptor, Leonard Volk, in 1858 to arrange a making of Lincoln's life mask and hands. See also the Lincoln Train History Markers. 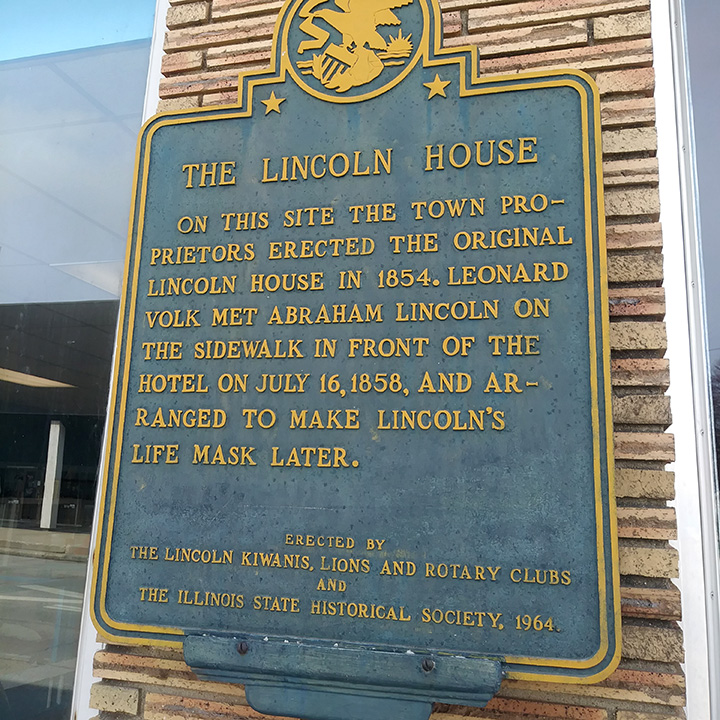