In downtown Atlanta, you will find an official  Looking For Lincoln  sign describing the connection between Atlanta, Illinois, and Abraham Lincoln. On June 22, 1860, Atlanta was one of the first towns in Illinois to establish a Wide Awake Chapter. The  Wide Awakes  were a political party in the 1860s that strongly supported Abraham Lincoln for president of the United States. Lincoln was a frequent visitor in Atlanta while traveling as a lawyer on the 8th Judicial Circuit, which helped him gain Atlanta's support. The group adopted two campaign banners to support Lincoln. The Nations Choice banner that is shown on the right side of the sign was used by Atlanta's Wide Awake Group. It is now on display at the  Lincoln Heritage Museum. In the middle of the sign, you will see a drawing by Lloyd Ostendorf depicting the Wide Awakes walking through Atlanta carrying their banner. 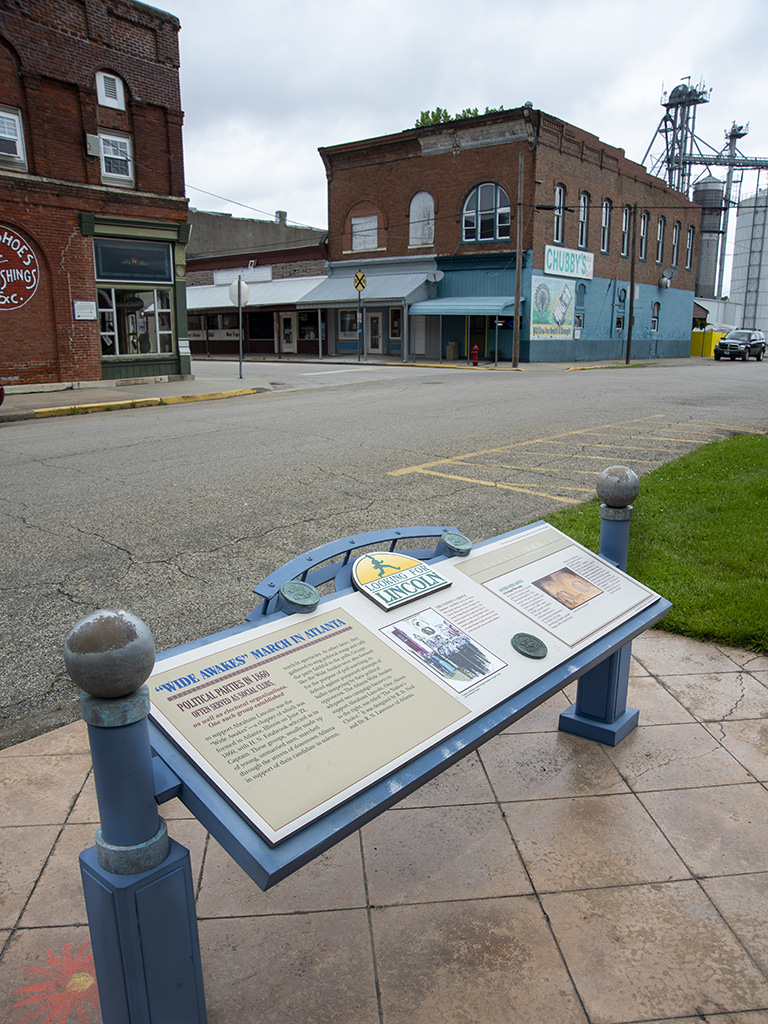