In 2003, the  Walldogs came to Atlanta for the "Letter Rip on 66" gathering. Around 100 "Letterheads" painted murals on the historic streets of Atlanta.

Across the Street from the Palms Grill Cafe, next to the Paul Bunyon Statue, is the Palms Grilll Mural. Inspired by the first owner of the Cafe in 1934, Robert Adams, and his road trips to California. 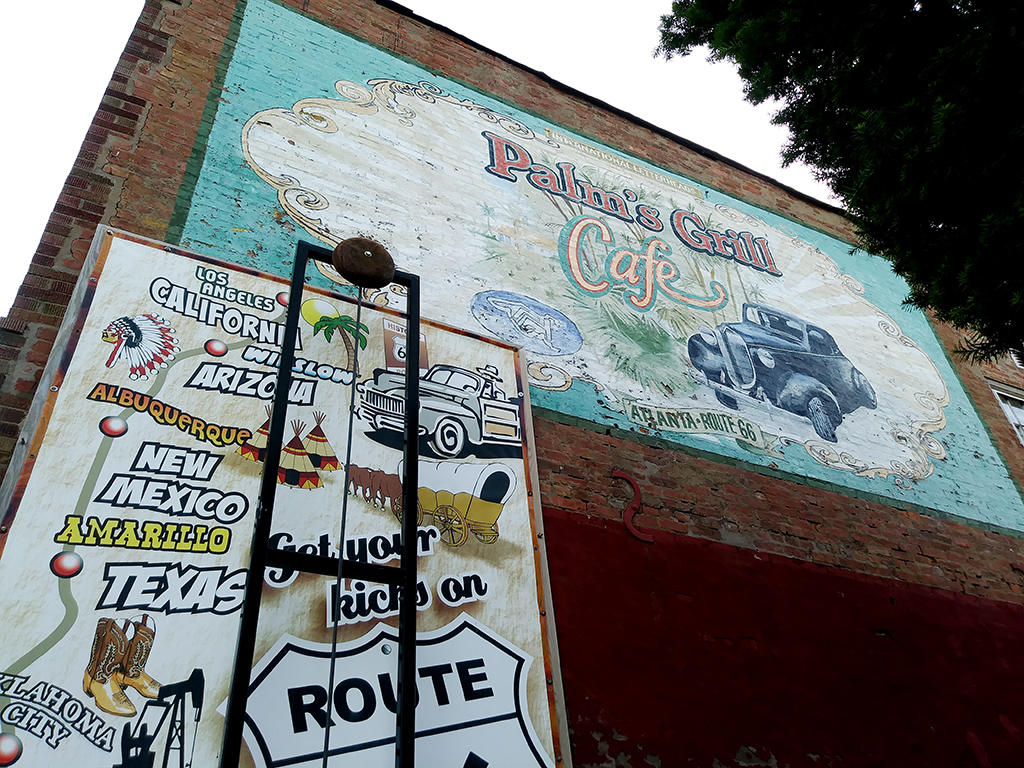 In the 1890's, J.M. Judy and Sons Grocers was located on the first floor of this building (The Union Building). In 2002, the Walldogs painted this 70' x 15' recreation of the mural that once existed in this location in 1900. 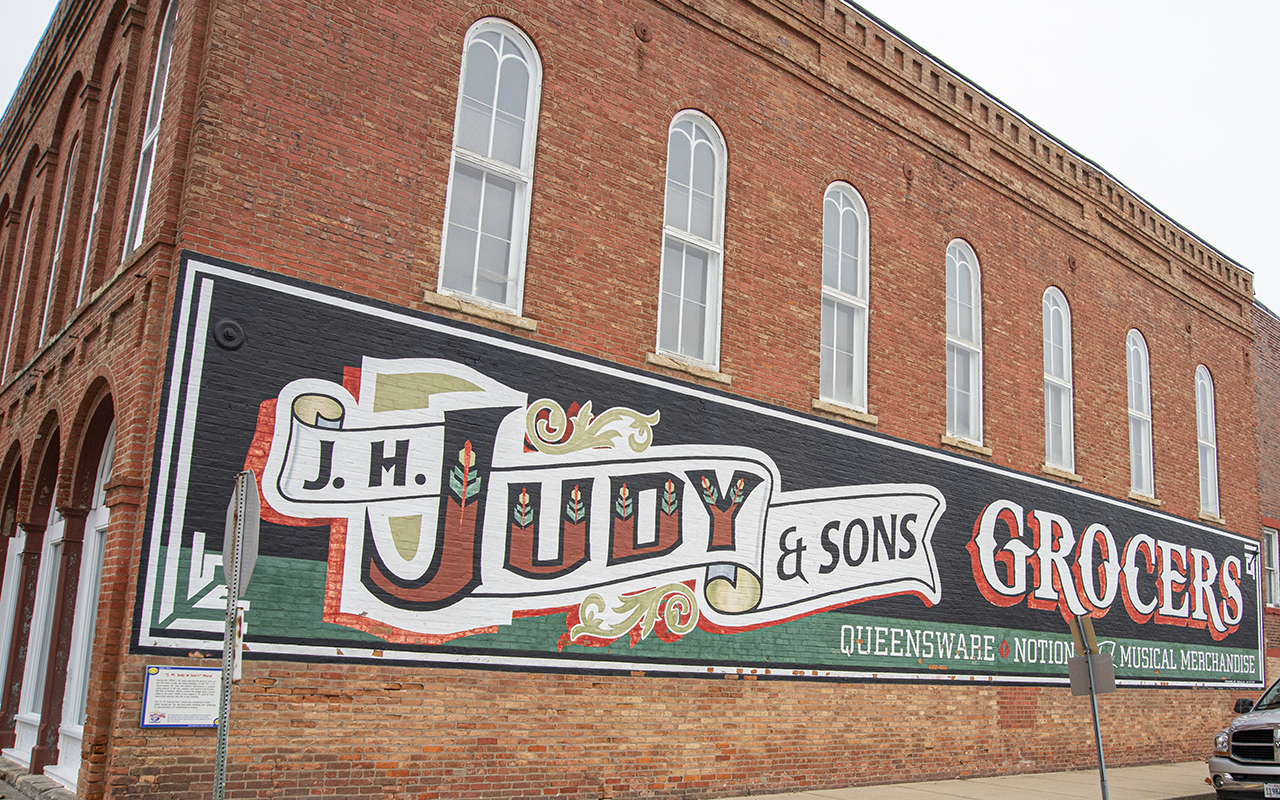 The building that this mural is located on was built in 1894. It was an outlet for the Reisch Brewing Company, in Springfield, IL. Today it is Chubby's Bar and Grill. 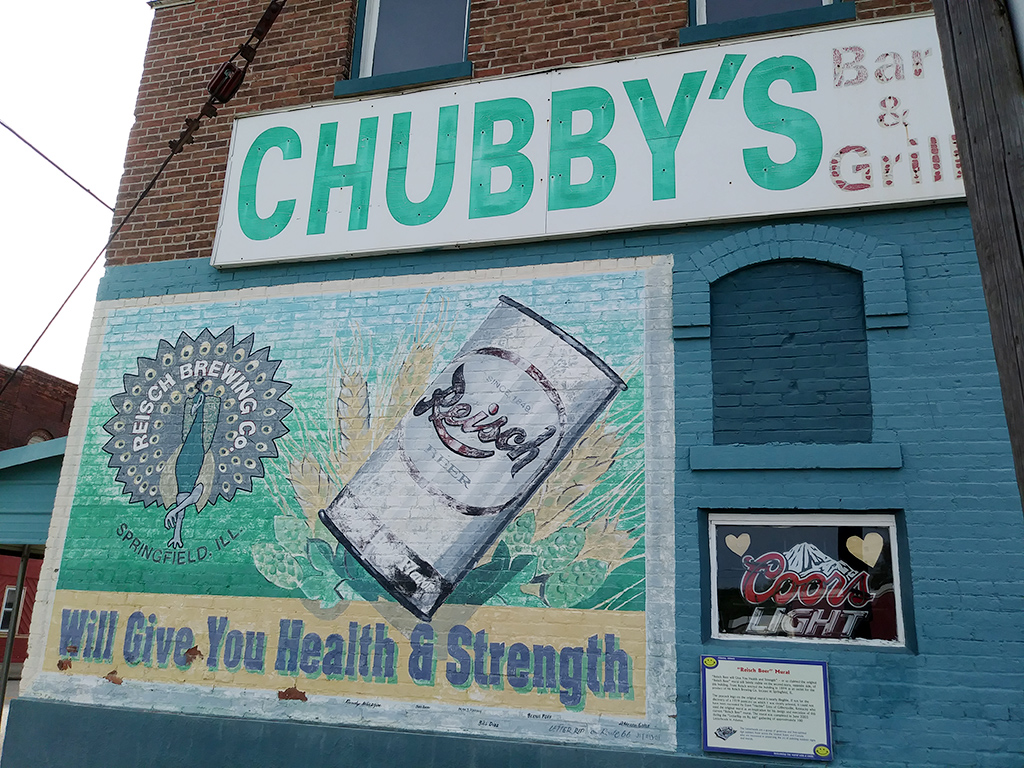 In the 1920's the Wisteria Cafe was a place to get a cool ice cream soda or candy treat. This mural's design was formed off of old ads from the Cafe. 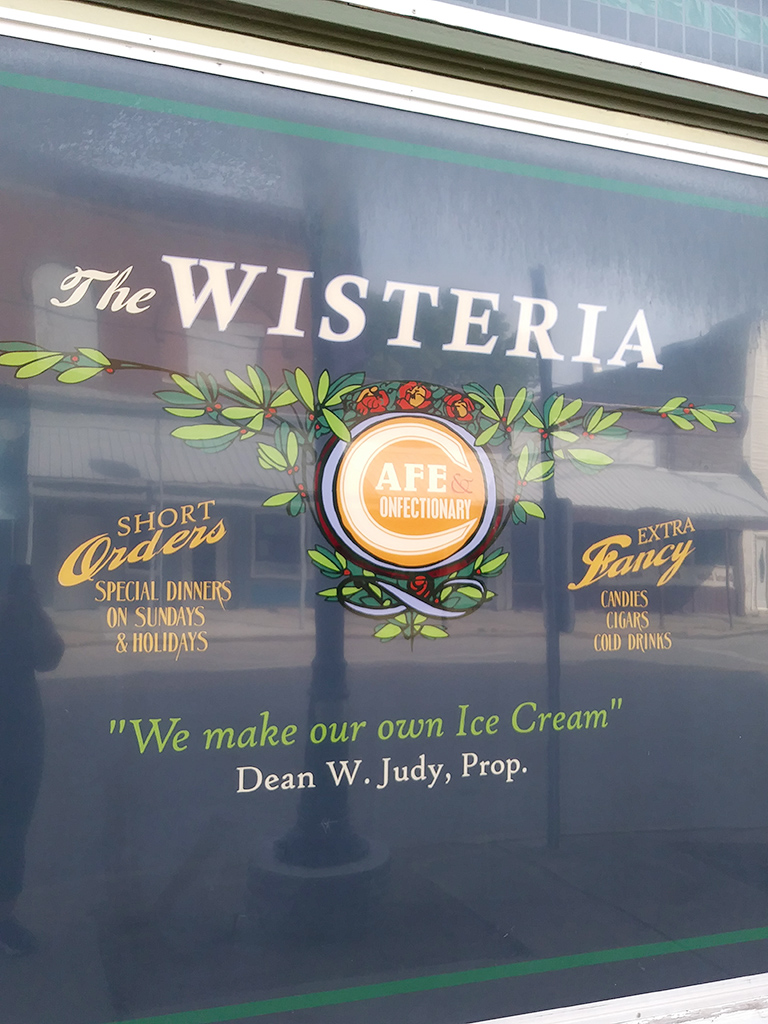 Atlanta is approximately 150 miles from both Chicago and St. Louis and is a central spot in the state where the road began.