Veteran's Park is home to the WWI doughboy statue. The statue was presented to the Village of Elkhart by the returning veterans, after the end of WWI, to honor those that did not return home (around 1918). Since then, there have been dedication plaques added to honor additional Veterans from WWII, Korean War, and Vietnam War. In 2018, Elkhart received a matching grant from "100 Cities/100 Memorials Program" to do some restoration work on the statue and park. The program was sponsored by the US World War One Centennial Commission and the Pritzker Military Museum & Library with support from the American Legion and Veterans of Foreign Wars. Through this program the statue received the official designation as a "WW1 Centennial Memorial". 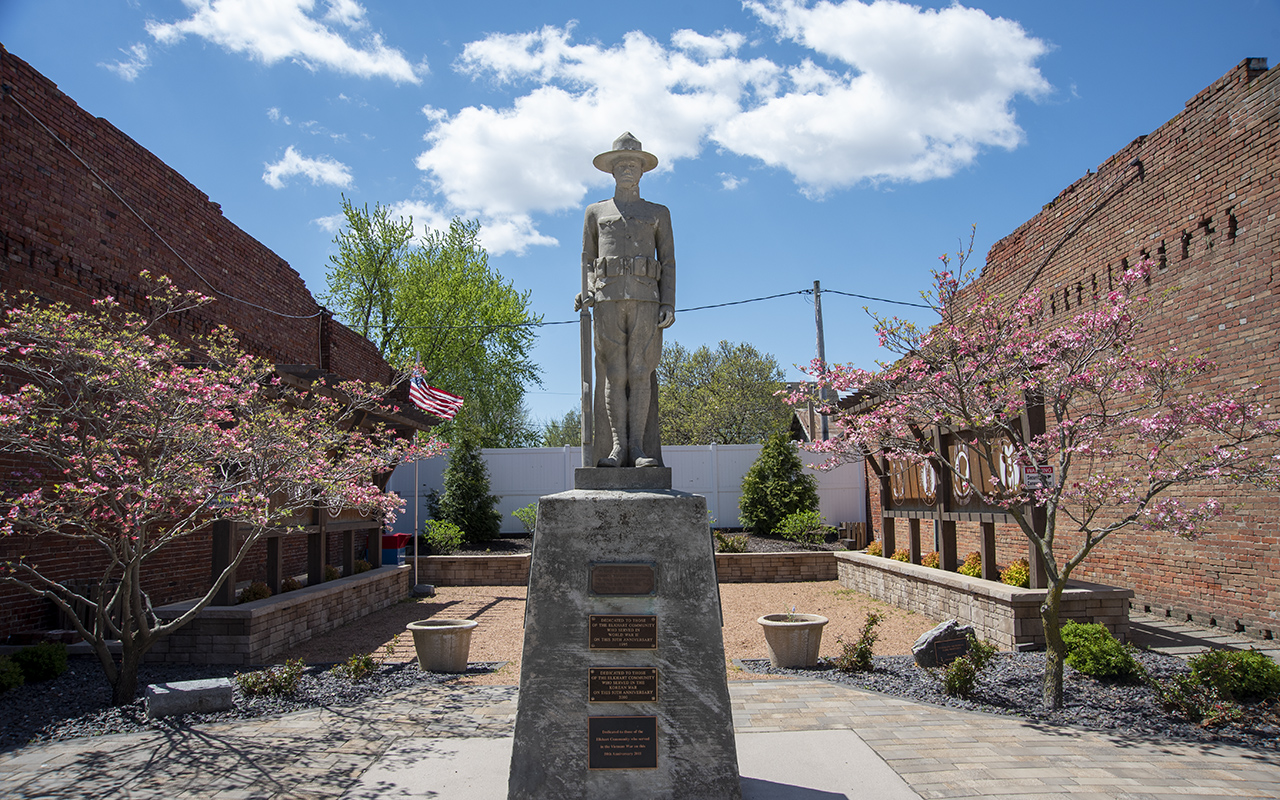