Built in 1895, Lincoln City Hall anchors the downtown National Historic Registered District and is one of the city’s most visible symbols. The red brick for the building came from what was the Lincoln Coal Company.

A unique telephone booth on the roof was added in the 1960's. It was used as an early tool by the Lincoln Fire Department, originally placed on top of the building to provide a lookout position for severe weather spotters. The youngest and single firefighter would report to the phone booth with a radio or at the time, a direct hard wire phone line connected to the desk downstairs. If severe weather such as wall clouds, funnel clouds, or tornadoes were spotted, the fire fighter would call downstairs and have the storm siren activated.

The siren that was attached to the booth was removed in 2009 when it was no longer serviceable. The phone booth was supposed to be removed then as well but the community spoke up to preserve this unique, oddity atop this historical building.

Despite many requests, the phone booth is not open to the public but a great view can be seen from the corner of Broadway St. and S.McLean St. 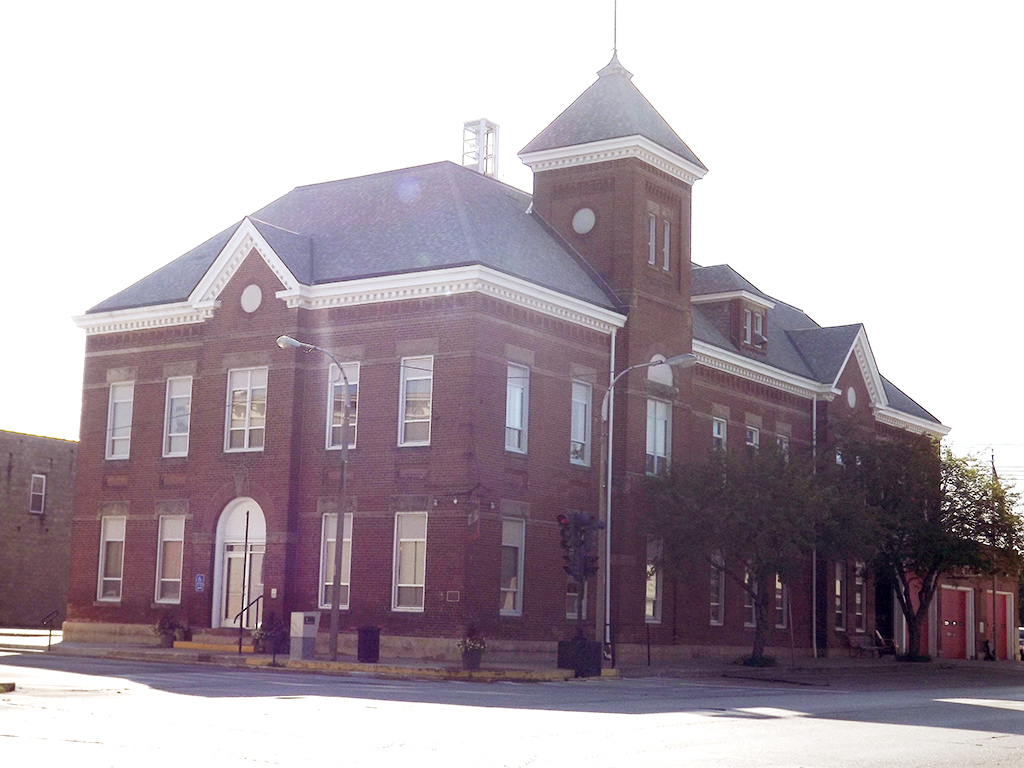