In the 1700's this location was home to a large settlement of Kickapoo Indians. In 1790 Ann Gilham and her children were held captive here at the Kickapoo for years. She was then ransomed by her husband James Gilham. In the 1830's though, the Indians were forced from Central Illinois and migrated south.

This area became known as Memorial Park in the middle 1900's and was home to the Lincoln Chautaugua from 1902-1937, the largest Chautaugua in Illinois at that time.

Learn more about the Kickapoo Town and Lincoln Chautaugua HERE 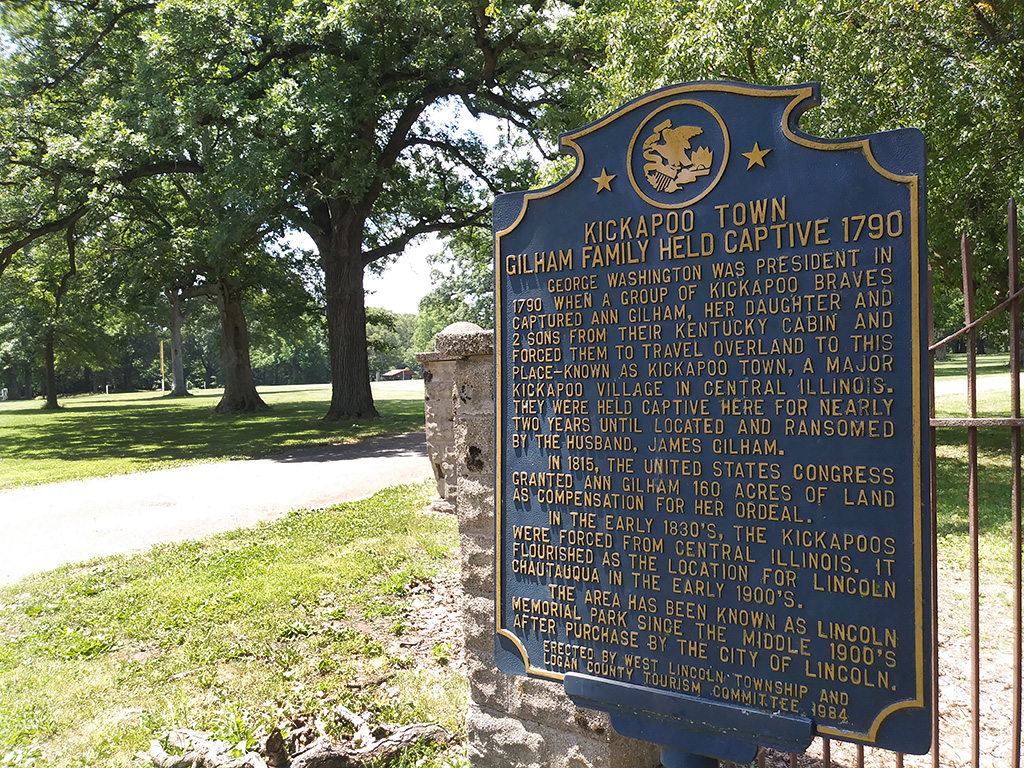 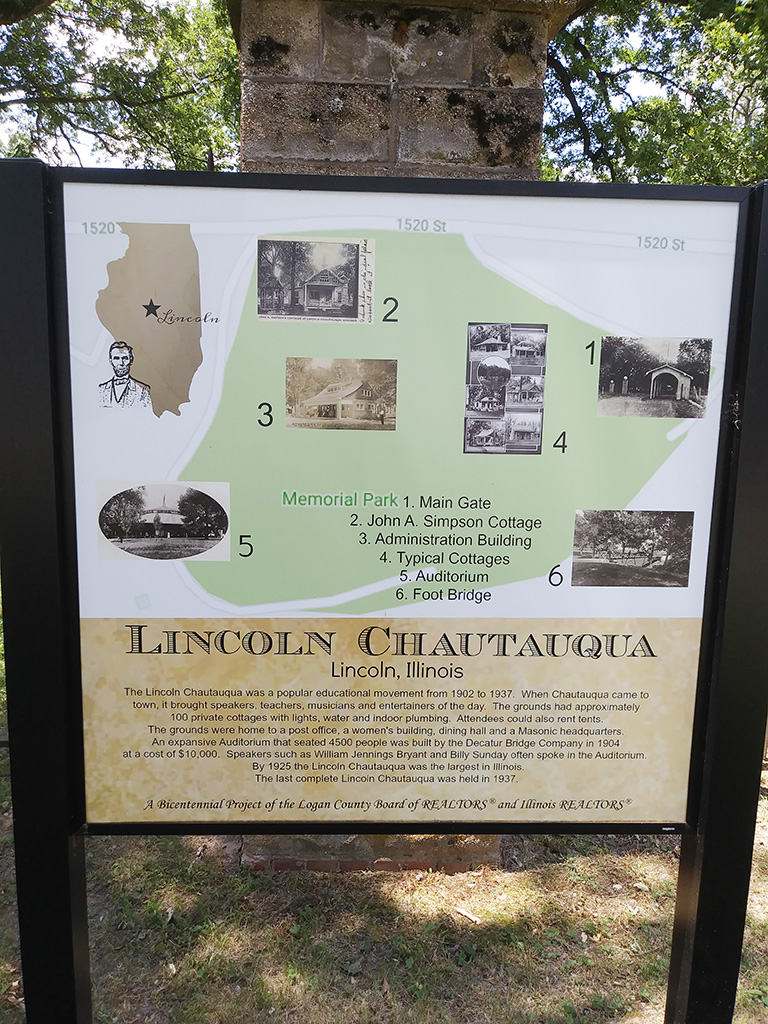